WA and California or David and Goliath?

WA could be the next innovation capital but we must invest in our people and their ideas.

Western Australia and California have so much in common. They both have a wonderful climate, beautiful beaches, magnificent landscapes and some of the world’s best food and wine (not to mention the great surf breaks)

And out of sight, below ground, they possess the bountiful natural resources that fuelled 19th century gold rushes and a 20th century oil and gas bonanza.

But there is one big difference. Over the last fifty years WA has continued to live off the land, drawing on its huge reserves of iron ore, gold, nickel and other minerals. California, meanwhile, has taken a different path, developing its other natural resource – people.

People generate the ideas and inventions that drive the modern world. California is home to 12 of the 20 most innovative cities in the world, cities that generate the most ideas, inventions and patents.

This hot-house of creativity, discovery and invention has attracted the support of investors who have helped turn ideas into jobs and economic success. California is the epicentre of the tech economy which has produced many of the world’s most innovative and successful companies – Apple, Facebook, Hewlett Packard, Intel, Netflix, Tesla and more.

In WA we must also grow our people-based, innovation-based economy to match the success of our minerals sector. Technology and innovation are the driving forces of 21st century social and economic change, and we should position WA to be a leader rather than a laggard.

What will it take to do this?

We need to create the right environment to nurture and develop ideas and technologies that will form an infrastructure for the middle of the 21st century, and the starting point for this is smart people.

WA has a great education sector, and its universities and research institutes consistently produce outstanding scholars and path-breaking research. The recent national evaluation of research performance found that research at Curtin, ECU, Murdoch and UWA is well above world standard across a very broad range of mathematics, computing and engineering, physical and life sciences, medicine and health, agriculture, environment and ecology, psychology, history and archaeology.

This university research effort is closely aligned with and supported by the government’s science and innovation framework for WA, which identifies mining, energy, health, food, environment, space and technology as the priority areas which are especially important for enriching lives, creating jobs and diversifying the economy.

What we lack is the scale to push WA’s innovation and research effort onto the world stage. There are a lot of highly educated and innovative people in Western Australia, but there are many, many more elsewhere – California has fifteen times more people than WA; China has more than 45 cities that each have a population greater than Perth’s.

To drive our local innovation economy we need to harness and support local talent, but also bring in the brightest and best creative minds from around the world.

This is not an easy or simple task. World-class researchers, like world class athletes or musicians or business leaders, are always in short supply, and they are eagerly sought by leading universities and laboratories in every country.

To support the WA universities in their plans to grow the research and innovation infrastructure of Western Australia, Andrew and Nicola Forrest, through the Minderoo Foundation, have committed $130 million to establish the Forrest Research Foundation which supports PhD scholars and post-doctoral research fellows from WA and around the world to undertake their pioneering research in Perth.

The Foundation partners with all five WA universities to provide world-leading scholarships and fellowships. Excellent university research environments, generous stipends and accommodation in the exceptional Forrest Hall apartments overlooking the Swan River are the ways in which the Foundation and the universities work to retain in WA the very best of our own young researchers and to attract outstanding international talent. 30 Forrest Scholars and Fellows, from 18 different countries, are now working in Perth, and within four years that number will double to 60.

They are asking fundamental questions – How are galaxies formed? How do our brains work? How can we feed the world’s growing population? How can we conserve the unique biodiversity of WA? How can we better understand our history and culture?  They are generating answers that, over time, will produce benefits across all aspects of our lives, and will raise the profile of Perth and WA as a place where discovery, innovation and creativity lie at the heart of our economy and society.

The Forrest Research Foundation is one element of the concerted effort by universities, government and businesses to drive research and creativity in WA. By working together we can build the skills, infrastructure and mindset we need to position Perth as a global hub of innovation and originality. And when we have done that, we’ll be able to go head to head with California in ideas and invention as well as in wine, weather, beaches, and surf. 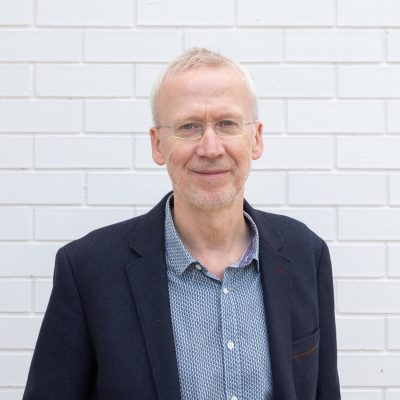 by Paul Johnson
Prior to his appointment as Warden of Forrest Hall in April 2017, Professor Paul Johnson served as Vice-Chancellor and President of the University of Western Australia (2012-17) and of La Trobe University, Melbourne (2007-11). Before moving to Australia, Professor Johnson served as Deputy Director of the London School of Economics (2004-7), where he had been a member of academic staff since 1984. He was an undergraduate and graduate student and post-doctoral fellow at Oxford University, from which he received his doctorate in 1982.
Read more by Paul Johnson
3 minute read
Share this article

OpinionResearchWhat can mining teach us about cyber-physical systems?